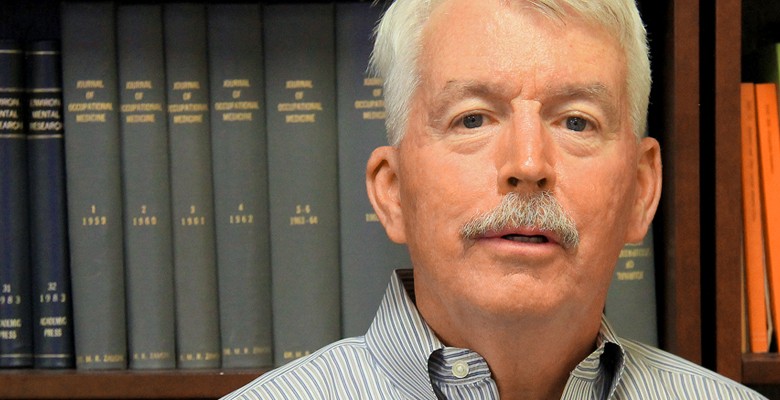 Dr. Philip Landrigan, the Chairman of Preventive Medicine at the Icahn School of Medicine at Mount Sinai, is a pediatrician and epidemiologist. In addition to being the Dean for Global Health, he is the Director of the Children’s Environmental Health Center at Mount Sinai Hospital.

What brought you into advocacy?

The sequence of events that really helped me to focus on environmental issues and specifically on children’s environmental health (which is the focus of my advocacy), took place in the early 1970s. At that time, I’d finished medical school and residency and I was working as an Epidemic Intelligence Service officer for the CDC in Atlanta. CDC sent me to El Paso, Texas where there was a report of a major outbreak of lead poisoning in children. In El Paso we found very quickly that the source of the epidemic was a large smelting plant, a factory that roasted lead ore at high temperatures to separate metal from the rock. This plant had emitted over 1,000 tons of lead dust to the atmosphere in the 3 preceding years and had contaminated the entire west side of El Paso. I observed that the people who were most seriously affected by lead were very poor people who lived in the neighborhoods immediately adjacent to the smelter. People who lived on the east side of El Paso who were economically better off and protected by a mountain range and were not lead poisoned. But people on the west side of the city, which was largely the home of poor people many of whom had crossed the border from Mexico, were disproportionally affected, especially their children. I thought that this circumstance of disproportionate exposure to a toxic chemical based on poverty and minority ethnicity was deeply unfair. Even though the term “environmental injustice” had not yet been invented, environmental injustice was what I saw in El Paso, and it was one of the most formative influences in my career. It made me stay with public health and preventive medicine instead of going back to New England to be a pediatrician.

What specific issues do you advocate for?

I focus mainly on toxic chemicals and their impacts on children’s health. I started with lead and more recently I’ve gotten into pesticides and endocrine disruptors like phthalates. I’ve always had a particular interest in chemicals that interfere with human brain development because if I hadn’t stayed in the CDC, my plan was to go into pediatric neurology.

The big [issue] I’m working on right now is chemical safety. In this country we have no effective legislation that requires chemicals to be tested for safety before they come on the market. A clever chemist can invent a new molecule and put it in a product but no safety testing is required – it is simply added to the product and sent to the marketplace. From the marketplace it can get into people, the environment, into kids. Time after time, children have been seriously injured by untested chemicals. To prevent repetition of these tragedies, I’m involved in a big campaign called Chemical Safety Reform. We’re basically trying to persuade the Congress to pass legislation that would require chemicals to be properly tested for safety before they come on the market.

What have been some of your successes in your path to advocacy?

I was centrally involved in persuading EPA to take lead out of gasoline in the 1970s. That led to a 95% reduction in prevalence of childhood lead poisoning in this country. In the early 1990s, I chaired a committee at the National Academy of Sciences on pesticides in the diets of infants and children. We showed that children are fundamentally much more susceptible than adults to chemical pesticides. We showed that the laws and the regulations that were then in force in the U.S. were not doing an adequate job of protecting kids against pesticides. We made the case to Congress that the pesticide laws had to be rewritten and in 1996, they were.  Another campaign in which I was involved was in persuading OSHA to lower the occupational standard for benzene, a chemical that causes leukemia. By getting OSHA to lower the benzene standard we saved the lives of many hundreds of workers. Another successful campaign about which I’m very happy is that in 1988, a team of us succeeded in persuading the New York State Legislature to set up a statewide network of clinical centers of excellence in occupational medicine. In fact, we’re having our 25th anniversary later this year. These centers have cared for tens of thousands of sick and injured workers, and enabled us to launch a strong medical response to the attacks of September 11th.

What are the challenges of being an advocate in the political realm?

The challenge has been that until very recently there has been strong and unyielding opposition from the chemical manufacturing industry, their big political supporters, and the people in Congress who think the way they do. Before his passing, I worked with Senator Lautenberg from New Jersey, who’s been a champion in Congress for [Chemical Safety Reform]. And in each of the last three Congresses he introduced legislation that went nowhere because it was just shot down. This year the landscape seems to have changed, and the last thing he did in Congress before he died was partner with Senator David Bitter, a Republican from Louisiana, to introduce bi-partisan chemical safety legislation. I think the reasons that [advocates for] the chemical industry are willing to deal are probably two things. One, there have been a lot of reports in the media about chemical toxicity and they’re nervous about the threat of liability. The second thing is that the states are getting frustrated at inaction at the federal level, and the states and even counties have been starting to pass a patchwork of legislation. For example, Connecticut banned Bisphenol A. Suffolk Country, New York out in Long Island banned Bisphenol A. California is threatening to ban flame-retardants and some other chemicals. What that does is it creates a patchwork of different regulations in different parts of the country that drives the industry crazy because they market nationally. If the standards are different in different states, they have to deal with that. The trick is to get a federal law that we like and not one that caters to the industry. But if we work properly with Congress we can achieve that.

Do you have any advice for future advocates?

I think the continuing challenge is that its very important to present strong arguments in favor of whatever position you’re taking. It can take months or even years to gather the information that enables me to put out a strong argument. It may be epidemiological information, it may be toxicological information, it may even be economic information on the cost of disease. And it sometimes takes a long time to put that information into a potent package. Also it requires some careful thinking about how, and when, and to whom you present that information. I’ve learned over the years that scientific information is necessary to win political battles but it’s not sufficient. You have to have a champion, usually somebody in the Congress or in the state legislature, who resonates with the argument. And your timing has to be good–sometimes you have to be working on something for five years and nothing happens, and one day it all lines up and it happens over night. So you have to be patient, you have to be persistent.