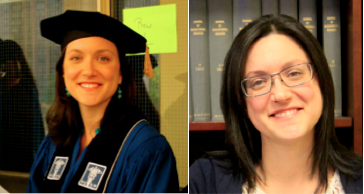 Mount Sinai Pediatric Environmental Health Fellow Lauren Zajac has long been interested in the environment and its interactions with health. The newest member of the Mount Sinai PEHSU, Dr. Zajac brings experience in grassroots organizing and coalition-building, skills she has used to improve the health of communities in Michigan and New York.

You have a strong background in grassroots community organizations. What do you carry with you today from these experiences?

Sometimes you’re surprised by who your allies and opponents are, so I think it’s a really good idea to put some groundwork at the start of a campaign, because you might find allies in people you never would have thought you could find an ally in, and people who you thought could maybe be on your side turn out to be an opponent. We started in Michigan with building coalition, and by building a strong, broad-based coalition, we were able to make more headway, with everybody’s voices working together, and everybody offering their own unique expertise.

What was the push for you to go into medicine after working in public health?

Once I graduated from public health school, I took a job with a small environmental group in Michigan, starting up a statewide network to address children’s environmental health issues, and we did [some] lobbying to the state legislature. What I found very striking was that although I was the one who organized the campaign, and gathered all the information, the only people the legislators and the media would listen to were the doctors. And I’m like, wait a minute! So I started thinking of going down that route–could I have a bigger impact on the issues I wanted to work on?

How do you find time for advocacy in your busy schedule?

It’s really important, no matter what line of work you go into, to continue to follow what drives you. Whatever issue you’re interested in, there’s always a way to be involved. I find that that’s what kept me sane in medical school and residency, is being involved to varying degrees at different times as my life dictated, but just finding a way to keep the fire burning. I picked a [residency] program called Social Pediatrics, and they have built in to their curriculum time to work on community health, public health, and social justice issues. So during my training, I did a project on secondhand smoke exposure. One of the most interesting things I found was that residents of public housing were much more likely to report exposure to secondhand smoke, versus private housing residents. So I shared my data with a local coalition, and they were able to use it when they met with legislators, and local landlords and people in the housing industry.

What are some challenges to doing advocacy work in the medical community?

[One] challenge is making the connections between public health, the environment, and the medical system, and making it relevant to people who have a very narrow focus of what they’re going to do in their professional lives. There’s kind of a small wave now in the medical community doing that–integrating to make it a part of everyday learning, so people are more likely to engage in it when they see that it’s relevant and feasible. Everybody’s busy, no matter what you do, so people look at that and say “that’s so overwhelming, what can I do?” but you can give people small things they can accomplish, and that will motivate them to do even more when they see that they can do something, and kind of build on that.

I think in general, environment always gets pushed to the bottom of legislative priorities. It tends to be a very partisan issue, but I think people have a very misconceived notion that environmental protection means economic catastrophe, when really it’s the other way around. If you have a healthy environment, you’ll have a healthy economy and healthy people! So hopefully, moving forward, as the effects of climate change become more apparent, hopefully people will become more vocal, but I personally think we haven’t done enough.