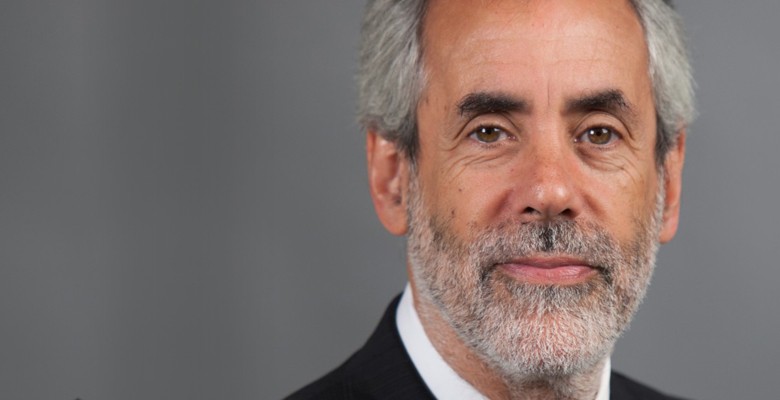 Dr. Racine is Senior Vice-President and the Chief Medical Officer of the Montefiore Medical Center and Director of the Montefiore Medical Group. A former American Academy of Pediatrics Chapter 3, District II President, Dr. Racine has long been involved in the AAP and currently serves on the National Child Health Financing Committee. Dr. Racine has explored the meaning of advocacy through his work with legislators, NGOs, AAP involvement, and every day in his work of improving the health of populations in the Bronx.

How did you decide on a career in medicine?
The thing that I was considering more seriously was graduate school in either Economics or American Studies. I had some conversations with some people who at that time were graduate students, whom I really admired, and I didn’t get any satisfactory answers from them about what they would be doing in academia. It didn’t appeal to me–I didn’t feel it was embedded enough in, for lack of a better word, the real world. I enjoyed my time in academia a great deal, and in fact I prolonged it by going and doing this PhD in economics, but at the end of the day, the work wasn’t concrete enough for me, I don’t think. So medicine provided a way for me to act on some of the principles I was learning about, that I could then reify, make real.

What does advocacy mean to you?
Everyone in pediatrics, in one way or another, is an advocate for his or her patients, even if it’s in a direct way. There’s no act of medicine in pediatrics that does not have an advocacy component to it, not least because a lot of what happens in pediatrics deals with this principal-agent relationship, where the principal is the child, but the agent is the parent. So you have to try and affect outcomes in children through an intermediary, which means you have to advocate for the child, even with their parent… And then my advocacy is everyday in my work. I am responsible for trying to create a pathway by which large segments of people in the Bronx get better healthcare. Not only adults, but also children and their parents, which is really the truest meaning of the word “advocacy” in medicine, as far as I can tell. Trying to improve the health of populations.

Are there any legislative issues that you think should be given greater attention?
We are going to have to worry a little bit down the line about what’s going to happen to CHIP (Child Health Insurance Program). It’s currently funded through 2015, and even though it has authorization through 2019, there are no funds appropriated for it after 2015. The reason for that is that there’s some speculation that children will just get folded into the exchanges (created by the Affordable Care Act), children who are currently eligible for CHIP. That, it seems to me, is an inferior outcome, because the exchanges are not getting paid to be as comprehensive with the care that they’re going to afford to kids as is the care they are getting in CHIP. So that’s something that we don’t need to worry about right this minute, but we do need to be gearing up for, because that’s going to be a concern that we’ll have to deal with soon.

How can we encourage advocacy in the future?
The real important issue is to make sure–at least for those of us who are teaching medical students–that early on in people’s careers, that they get a sense of what it’s like to do this kind of work. And to begin to gain that appreciation for the satisfaction that comes from this, the obligation we have as physicians to do this kind of stuff, and to be able to see advocacy in just about everything they do. If we can transmit that to folks, that’s a really big deal, because that begins to transform how these physicians look at themselves, how they interact with their patients, and their relationships with their populations.